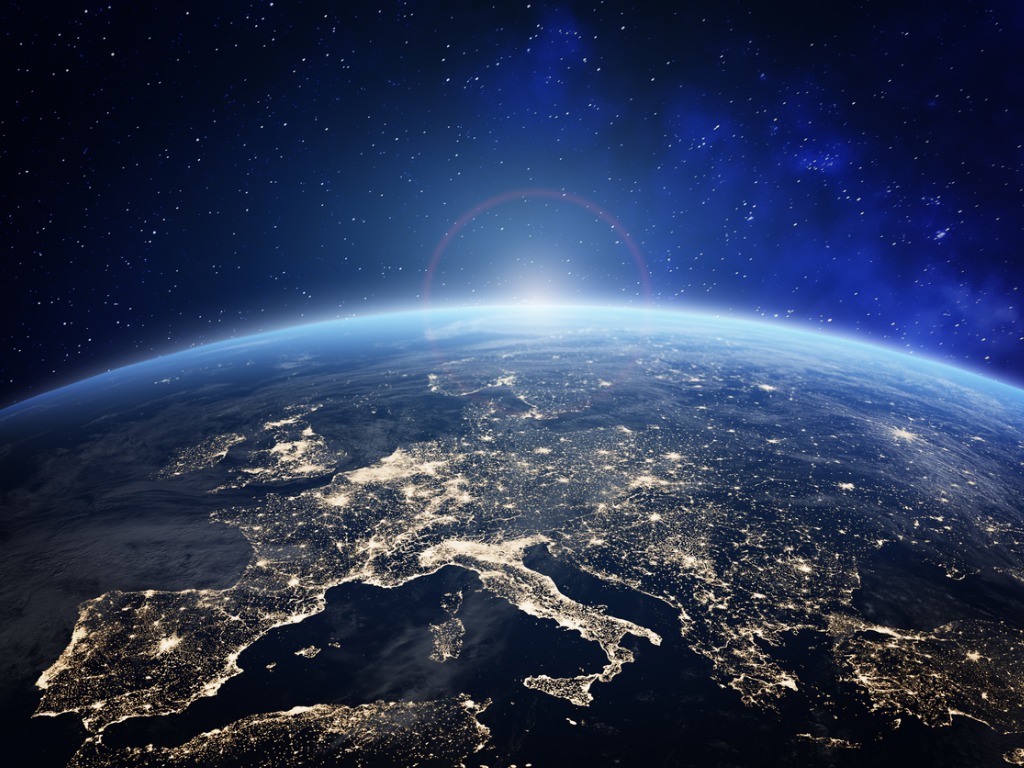 Presented by the European Union Delegation to Australia

Always ready to lend a hand, Beethoven’s friends sought to bring him new audiences by transcribing his pieces. In Hummel’s case, he should not have bothered. But the result became a delightfully frolicking ride into the Austrian fields led by Skye McIntosh’s happy band of the Australian Haydn Ensemble. A final Polish salute precedes the frivolity of Saint-Saëns’ ever-popular animal fantasy, when a parade of Festival artists join Jonathan Biggins for a zany finish.

Camille Saint-Saëns: Carnival of the Animals

READ MORE
Under the direction of Artistic Director Skye McIntosh, the Australian Haydn Ensemble  are one of Australia’s leading historically informed orchestras and chamber music groups. The ensemble brings together world-class musicians who excel in both modern and period instrument performance and who are committed to both historical research and performance.  The ensemble's name pays tribute to the great Joseph Haydn, known as 'Papa Haydn', who was a central figure of the late 18th century. The Australian Haydn Ensemble plays on period instruments, meaning instruments that are from the time the music was composed by Haydn, Beethoven and Mozart. Or it can also mean an instrument that is made by a master instrument maker of more modern times, based on older instruments (perhaps now unplayable) as well as scholarship and research.  Formed in 2012, the group burst onto the Australian music scene with passion, ideas and energy and in 2022 they reached the significant milestone of their ten year anniversary. They bring that same unflagging spirit to everything they undertake as they step forward into their second decade in 2023.

Sally Walker is Lecturer in Classical Woodwind at the Australian National University, regular Guest Principal with the Australian Chamber Orchestra and Principal Flautist with the Omega Ensemble.  She performs on modern flutes and piccolo as well as historical flutes and recorders and has appeared in the London Proms, Salzburg, Lucerne, Tanglewood and Edinburgh Festivals.

Sally devotes herself to both Early and Contemporary Music, having performed with Early Music ensembles such as Das Neue Orchester Köln, Neues Bachisches Collegium Musicum and the Leipziger Kammerorchester as well as Contemporary Music ensembles such as Halcyon.  She is deeply committed to chamber music and has collaborated with colleagues across various art forms and styles, including Tamara Anna-Cislowska, Aiko Goto, David Greco, Steven Isserlis, Afro Moses, Ian Munro, Simon Tedeschi, Dénes Várjon, Shanghai and Acacia string quartets.  She has recorded three CDs with Pianist Philip Mayers, was featured on Sally Whitwell’s Aria-nominated CD, “I was Flying”, Cyrus Meurant’s CD “Monday to Friday” and on recordings with Halycon, Australian Chamber Orchestra and other orchestras.

Jason Noble is one of Australia’s most versatile clarinettists – experimental to classical – a soloist and core member of Ensemble Offspring. Jason has performed at festivals locally and internationally, from Warsaw to London, Shanghai to Kabul, and all major cities across Australia. “His expertise and virtuosic playing give new insights into the versatility of the bass clarinet” (Sounds Like Sydney)

His album releases include THRUM (2020) – a collection of improvised ambient sounds created with Kim Cunio on piano – and Chi’s Cakewalk (2017), an album of new Australian works for clarinets. He has also made guest appearances on albums for Gurrumul,  Sally Seltmann, ABC Classics, Gondwana Voices, Paul Mac, Halcyon, SICKO improvising orchestra, and the Tiwi women’s choir Ngarukuruwala. Recently he performed at the Adelaide Festival in Incredible Floridas, curated by Kim Williams, appearing as soloist with the Australian String Quartet.

Jason collaborates with living and emerging composers, and is an in-demand music educator and examiner. He has been invited to teach two winter academies at the Afghanistan National Institute of Music in Kabul, and maintains links with staff and students there.

Celebrating its 35th season, the New Zealand String Quartet has established an international reputation for its insightful interpretations, compelling communication, and dynamic performing style. The Quartet is known for its imaginative programming and for its powerful connection with audiences of all kinds.

The Quartet tours regularly in the UK, Europe and North America as well as to Mexico, Curaçao, Japan, Korea, and China, and made many visits to Australia, including the festivals in Townsville and Canberra.

As Quartet-in-Residence and teachers at the New Zealand School of Music Te Kōkī at Victoria University of Wellington since 1991, as well as running two intensive chamber music courses annually, the Quartet has had a profound effect on generations of New Zealand’s string players and composers.

READ MORE
Benjamin is a musician and composer based in Sydney, Australia. Since 2009, he has been a member of the Sydney Symphony double bass section. A career highlight was his collaboration with Jasmin Sheppard; a piece after the poems of celebrated Yankunytjatjara/Kokatha writer/poet Ali Cobby Eckermann. Recently, Benjamin has performed a solo recital, including his own compositions, at the Broken Hill Regional Art Gallery; played a solo set of double bass works at the Alice Springs Beanie Festival; and volunteered at the Garma Festival in north-east Arnhem Land for the Yothu Yindi Foundation.

READ MORE
Jonathan Biggins is an actor, writer and director, perhaps best known as one of the creators of the long-running political satire The Wharf Revue. His other writing credits include seven years as a columnist for Fairfax's Good Weekend Magazine and the books As it Were, The 700 Habits of Highly Ineffective People, The 700 Habits of Highly Ineffective Parents and iKevin. His plays and musicals include Australia Day, Talk, The Republic of Myopia, Living in the '70s, The State of the Tasmanian Economy, Three Men and a Baby Grand and his one-man show The Gospel According to Paul. He also co-wrote an adaptation of the libretto Orpheus in the Underworld for Opera Australia. Directing credits include Talk, Australia Day, Noises Off, Josephine Wants to Dance, Orpheus in the Underworld and Avenue Q, for which he won a Helpmann Award. Acting credits include Travesties, Essington Lewis: I am Work, The White Guard, Summer Rain, The Importance of Being Ernest, Ying Tong, The Venetian Twins and the film A Few Best Men. Jonathan was awarded an OAM for his services to theatre in 2021.

Born in Japan, Naoto Segawa picked up marimba as his instrument and embarked on his undying pursuit of discovering new marimba repertoires. He is dedicated to bring the marimba into chamber music scene, and his passion led him to found Ensemble Go which aims to bridge sound worlds of the traditional and the contemporary.