C9 Of Fairies and Fools 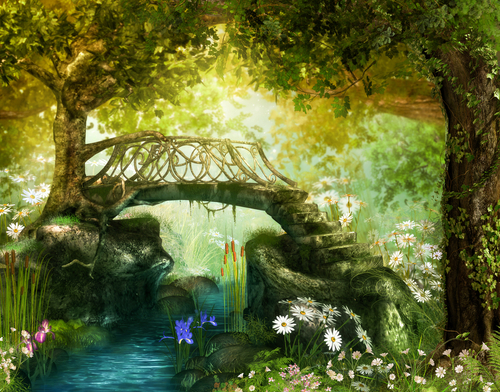 Enter a world of wonder in this evening concert inspired by rustic folk tales and elflike fantasy.

Grimm’s Fairy Tales hit the bookshops in 1812, and by the time H.C. Andersen was ready to publish his own fairy tales in the 1830s, a new literary genre was born.  Robert Schumann followed suit with several instrumental works, as reflected in this late clarinet trio.  Dvořák found different reasons to delve into his country’s folklore. It inspired major operas, as well as the very charming yet rarely performed Moravian Duets.

Janáček drew on the Czech folk traditions with even greater zeal.  From the nuptials of the beetroot to the comic picture of a cow in the knacker’s yard, the musical miniatures of Říkadla (Nursery Rhymes) arguably are some of his most playful and catchy creations. Equally upbeat and almost clown-like is Elena Kats-Chernin’s Village Idiot, conjuring the wry image of a fool who in a world of madness dares to speak a clearer truth.

READ MORE
Theo Carbo (b. 1999, Melbourne, Australia) is a guitarist, composer, electronic musician, producer and sound engineer. Growing up as an astute student of jazz, Theo’s proficiency as a guitarist has seen him working in groups of Australia’s most important improvising musicians including Barney Mcall, Andrea Keller, Sam Anning, Nadje Noordhuis, Joseph O’Connor and Paul Williamson. A keen philosopher of music and a student of composition at the Victorian College of the Arts, Theo has recently been developing a broader practise which involves elements of experimental composition, electronic processes, solo and ensemble improvisation and studio engineering. "Theo is a naturally gifted artist with a unique and refined take on things. His musical maturity is a great argument for the collective unconscious" - Barney Mcall

READ MORE
“His encyclopaedic understanding of performing and visual arts and his theatrical instinct place him in constant demand as a musician of flair and imagination.” – Anthony Jeffrey, Many Faces of Inspiration. At the helm of the Festival since 2015 is Artistic Director Roland Peelman, an acclaimed musician of great versatility who has established a reputation as one of Australia’s most innovative musical directors. Born in Belgium, Roland Peelman has been active in Australia over 30 years as a conductor, pianist, artistic director and mentor to composers, singers and musicians alike. For his commitment to the creative arts in Australia, he has received numerous accolades, including the NSW Award for “the most outstanding contribution to Australian Music by an individual’ in 2005. In 2006 he was named ‘musician of the year’ by the Sydney Morning Herald and he has since featured regularly as one of the most influential people in the Australian arts scene. Over a period of 25 years, he transformed The Song Company into one of Australia’s most outstanding and innovative ensembles. In addition, he instigated and directed an impressive list of new work, orchestral, vocal, and operatic. Roland worked with Opera Australia for seven years (1984-91) before becoming The Song Company’s Artistic Director (1990-2015). During this time, he was also the Music Director of Sydney Metropolitan Opera (1989-94) and the Hunter Orchestra in Newcastle (1990-97).

Luminescence gives voice to human experiences of all kinds.

Luminescence Chamber Singers is a vocal ensemble based on Ngunnawal country [Canberra, Australia], and the umbrella organisation for the Luminescence Children’s Choir. Performing music from all times and places, Luminescence champions the unbound expressive potential of our original instrument - the human voice. Both ensembles deliver artistic and educational programs that ignite the imagination of audiences, and give voice to human experiences of all kinds. Luminescence presents an annual concert programme in Canberra and surrounding regions, and performs at a wide range of festivals, events and collaborations. Recent highlights have included performances of David Lang’s Pulitzer prize winning work, ‘little match girl passion’, appearances for Canberra International Music Festival, Four Winds Festival (Bermagui), Musica Viva, Flowers of War, and numerous performances in partnership with the National Gallery of Australia for Patricia Piccinini’s ‘Every Heart Sings’ Skywhale project.

READ MORE
Ronan Apcar is a young Australian pianist, composer, and musician who is quickly garnering a reputation of versatility, edge, and tenacity. His love for music across many styles – jazz to the avant-garde, classical to contemporary music – translates into his open-minded, exciting, and unique work as a musician. Though always striving to be a well-rounded musician, Ronan is best known for his work with contemporary classical and modern art music – particularly by Australian composers – and has a passion for challenging and breaking the stereotype of “the piano recital.” Beginning as a self-taught pianist, Ronan went on to study piano performance and composition at the Sydney Conservatorium High School and the ANU School of Music, where he graduated as dux. He has gone on to perform as a soloist in both concert halls and unusual, intimate venues, and as a collaborator with renowned musicians and ensembles across Sydney, Canberra, and regional NSW. Ronan has appeared as a soloist with the Penrith Symphony Orchestra, the ANU Orchestra, and later this year with the Sydney Contemporary Orchestra. He has also appeared in festivals, including the 13th International Music Festival in Moscow and the 2021 Canberra International Music Festival where he was the Young Artist. In 2021, he released his debut album, Dulcie Holland Crescent – a collection of forgotten, unrecorded, and unpublished pieces by the great Australian composer Dulcie Holland. Both Ronan’s album and his live concert performances are regularly broadcasted on the Fine Music network and ABC Classic, where Dulcie Holland Crescent was made one of the ABC’s feature albums.