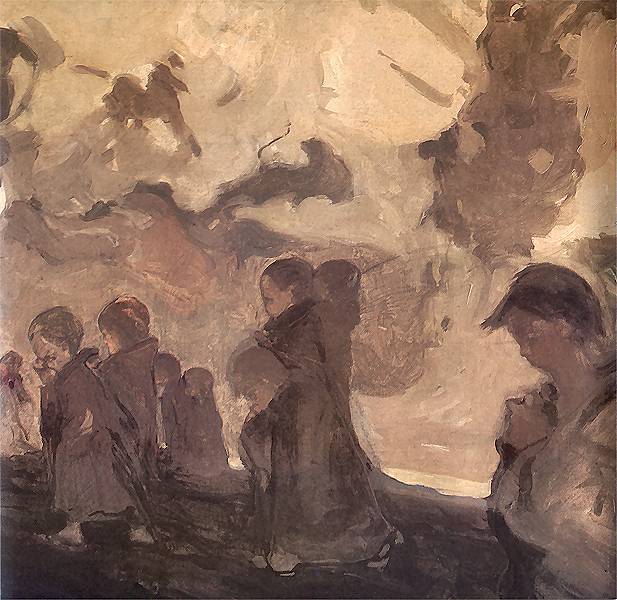 Power to the children! The story of 55 children orphaned at the outbreak of war in Poland in 1939, traversing the snow together, battling hunger and scenes of clamour and conflict as they search for a land where peace reigns. Triggered by one of Berthold Brecht’s most poignant poems, Britten’s pacifist manifesto is a stark reminder of the impact of war on our children. Its message is sung by children: Canberra’s own Luminescence Children’s Choir.

The stories and legends of children joining the theatre of war go back to the times of the Crusades. Most folktales and fairy tales go back just as many centuries and were enriched by the imagination of generations. Charles Perrault’s collection of 1697 contains many of most popular fairy tales, from Sleeping Beauty to Red Riding Hood. They inspired Ravel to write one of his most magical scores.

The concert finishes with a recent rendition of a touching letter written by Sam Weiss’ great-grandmother to her little girl Nelly, as they were leaving Berlin in 1936.

Benjamin Britten, The Children’s Crusade, based on B. Brecht (1969)

READ MORE
The Australian-American pianist Edward Neeman has performed across five continents. Critics have lauded him as a “true artist” with “an excellent technique” who “isn’t afraid to put a distinctive stamp on whatever he touches, without resorting to mannerism.” A top prizewinner of numerous international piano competitions, including first prize in the Joaquín Rodrigo Competition in Madrid, second prize in the Southern Highlands International Piano Competition, and third prize in the World International Piano Competition, Dr. Neeman has appeared as a soloist with the Prague Philharmonic, Sydney Symphony, Melbourne Symphony, Kentucky Symphony, Symphony of Northwest Arkansas, and the American West Symphony. Dr. Neeman’s debut album, Rachmaninoff & Sitsky, was released to wide acclaim in March 2016. Other recordings include a performance of the Concierto para piano by Joaquín Rodrigo with the Prague Philharmonic. Edward recently recorded Australian piano solo works for the ABC Classics in 2020. He performs regularly with his wife Stephanie Neeman as the Neeman Piano Duo, and has made numerous original arrangements for this ensemble. After completing his undergraduate studies in Australia with Larry Sitsky, Edward studied in the United States and was awarded his doctoral degree from the Julliard School. He is a member of the currently a piano faculty at the Australian National University in Canberra.